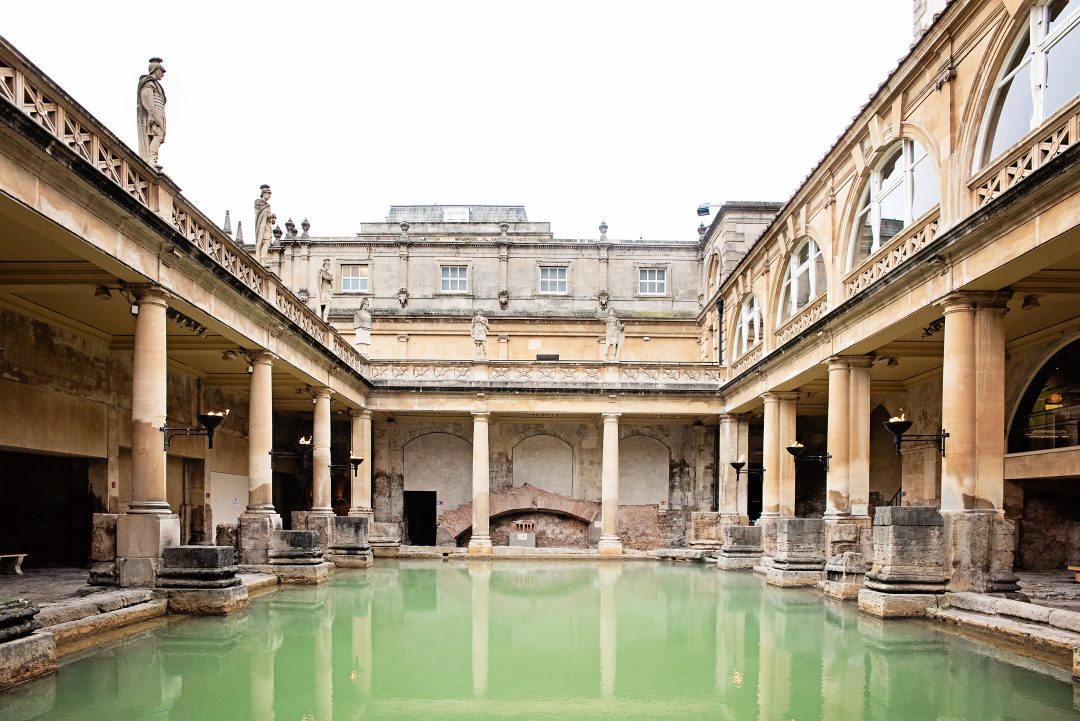 I have lived in Somerset for 3 years now, and when we lived in Bath, The Roman Baths I visited a couple of times but had never been to the torchlit nights they have on in the Summer. Last week I was invited by Socialight App to attend a torchlit night at The Roman Baths. We were so lucky with the weather, it was a beautiful summer evening.

The Roman Baths sit in the heart of the City of Bath a World Heritage Site, the natural hot springs are the only ones in Great Britain. Although you cannot bath in them today you can walk on the original pavements and take in the atmosphere of this stunning religious spa. The main entrance and reception is a sight to behold on its own. Beautiful domed ceiling and glittering chandeliers greet you. This is a newer addition to the Roman Spa added around 1700 -1800. Collect your free audio and make your way around the museum which includes a gilt bronze head of the Goddess Sulis Minerva, and other Roman artifacts. As you come out of the museum you will enter the top-level looking down on the baths which are situated below street level. 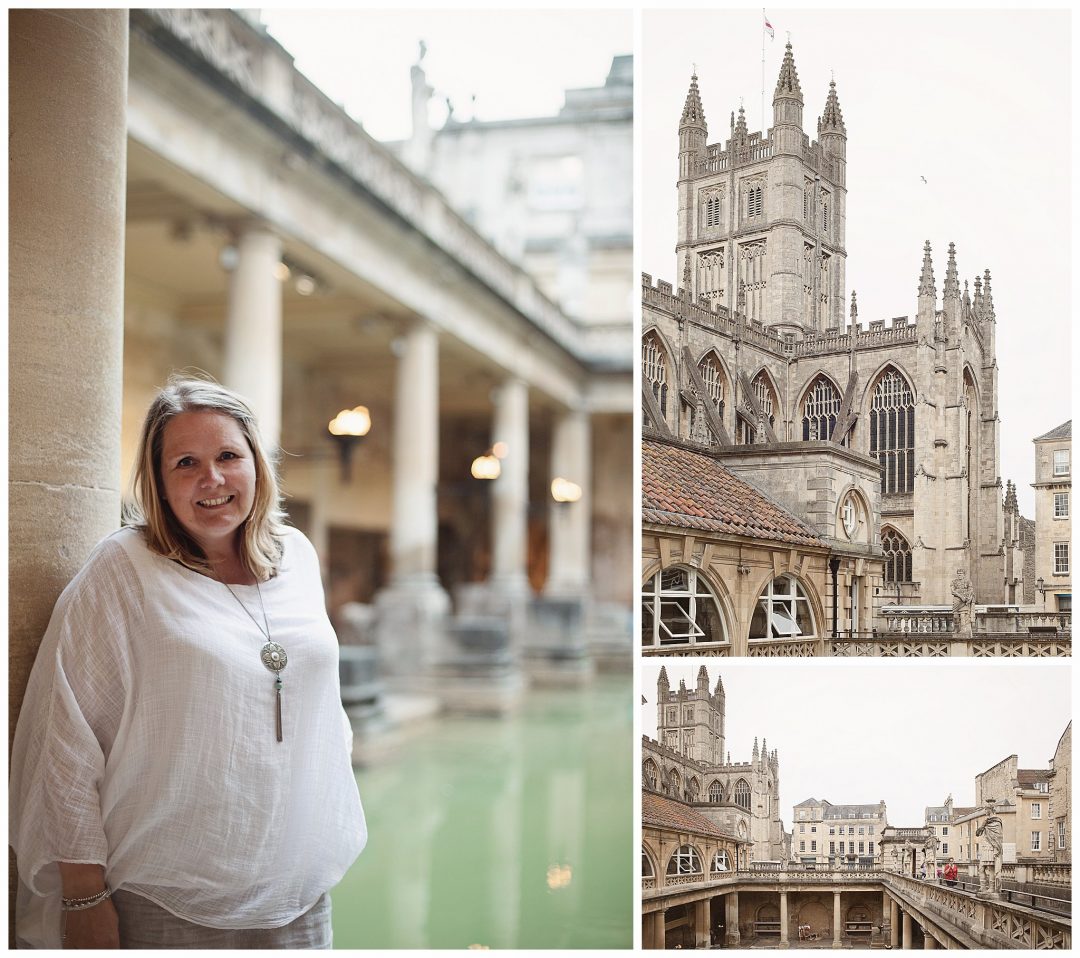 Statues of Roman Emperors look down at the baths keeping a watchful eye. You can see the iconic Bath Abbey when looking at the above photo. What I love about the baths are the local Roman men and women who wander around in character telling their stories and answering your questions. I met the local stonemasons. This is a lovely way to bring the Spa and museum alive and perfect for children to visit. 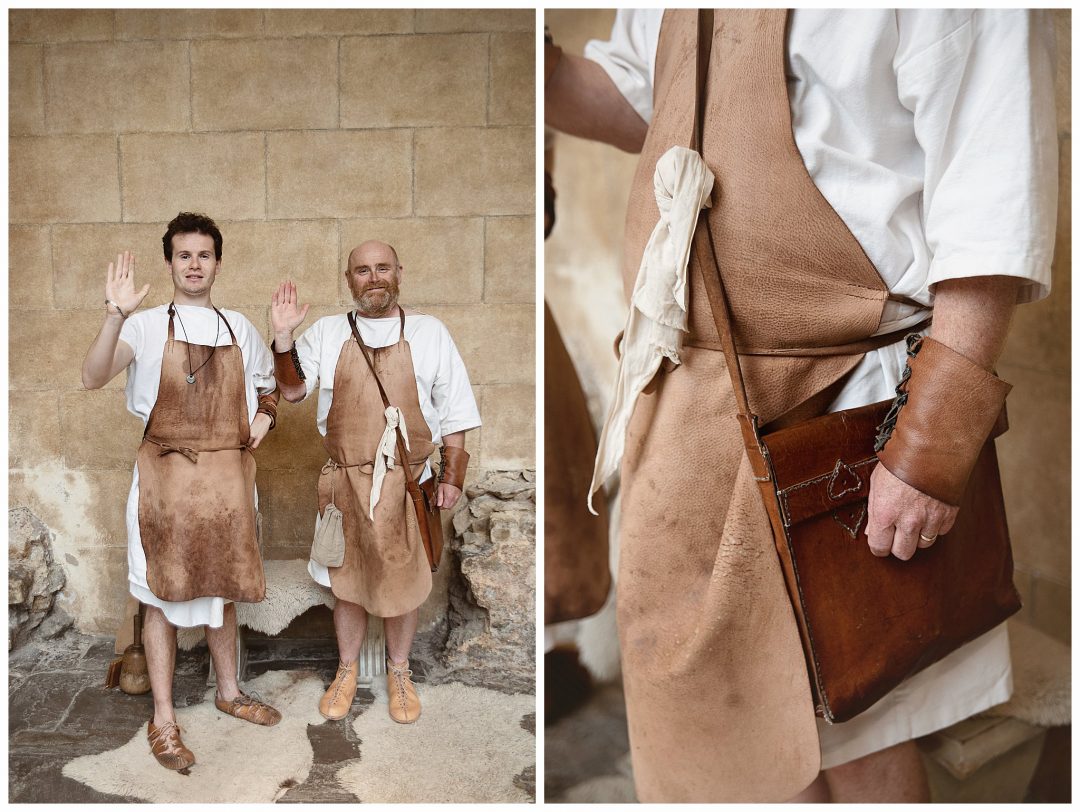 You may ask why is the water green?

The familiar green hue of the pool is not the result of mystery, but algae, caused by the water’s exposure to the open air. In Roman times, the pool was roofed over, its waters were much clearer. A periodic clean of the Roman Baths involves draining the natural thermal water and brushing the floor to remove algae. It is believed if you drink the spa water it will cure your ailments. At the end of your visit do try a cup at the fountain on your way out.

For me, the magic is when the torches are lit. The stone glows in the torchlight and a wave of tranquility envelopes the baths as people sit quietly taking in the historic site whilst sipping on champagne from the bar. The golden light and enhanced reflections in the green waters are magical.

On leaving the Roman Baths why not stop for dinner and cocktails in the Pump Room, or a High Tea before you pop in. A favourite for me is sitting outside The Roman Baths kitchen in the morning with a coffee on Abbey Church Yard listening to the busker’s and people watching.

Please note this experience was gifted to me by Socialight App. All photos and opinions are my own.